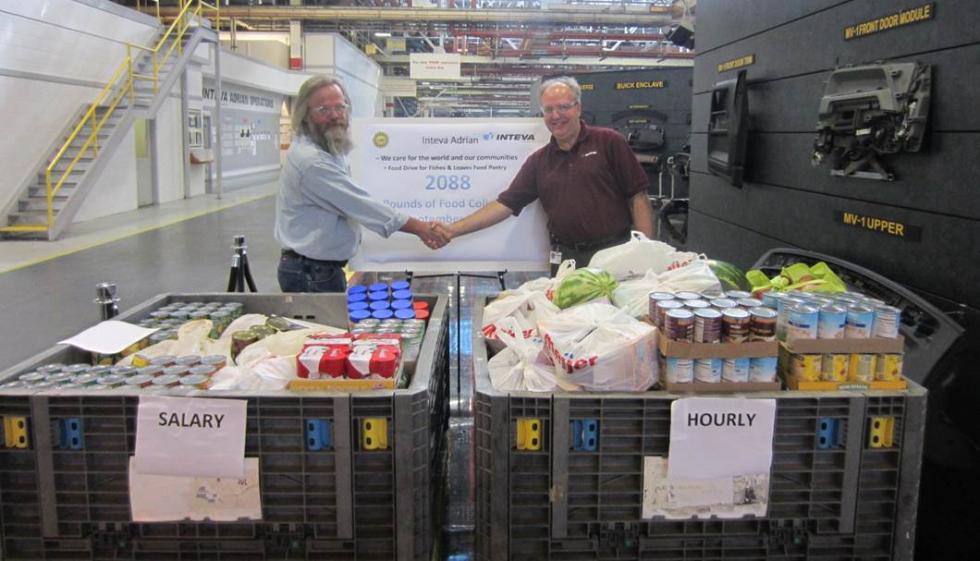 Inteva’s Adrian Operations has a long history of supporting its local community and the team plans a number of fundraisers and volunteer efforts throughout the year. So far 2015 has been no different. The Adrian Charity Steering Committee, in partnership with the local United Auto Worker (UAW) union, drives the community activities by choosing charities to support each quarter, and many team members enjoy getting involved.

In the first quarter of the fiscal year, the team hosted a canned food drive for Fishes & Loaves, a local food pantry; they collected and donated 2,000 pounds of food. They also hosted a silent auction to purchase bicycles for local children and supported the Salvation Army through Angel Tree.

The second quarter of the fiscal year was also filled with giving in Adrian. The team collected donations to prepare 94 Easter baskets for local children. They also planned and hosted a chili dog benefit to support Hospice of Lenawee and collected $1,000.

The team did not stop there. In the third quarter, Team Adrian participated in the Bikes for Kids fundraiser for Lenawee County Children’s Services; they raised $803. They also planned a pancake breakfast and chili dog lunch to support the family of a team member who passed away in mid-July and raised $1,000.

We can all be proud of our team in Adrian and all the work they are doing to live out Inteva’s core value to care for the world and our communities.