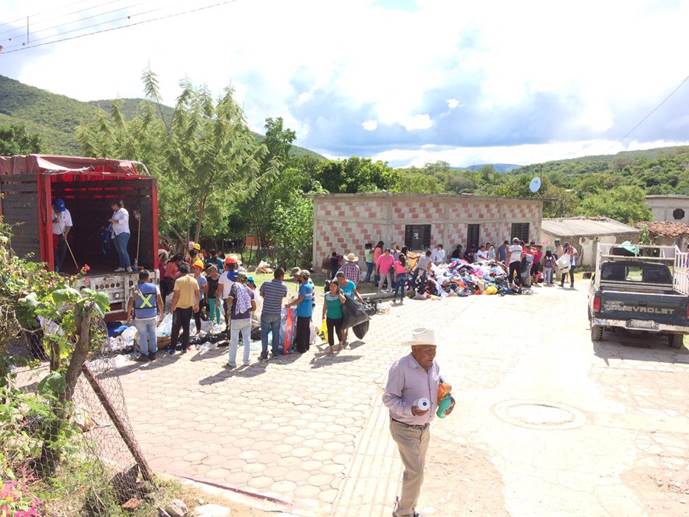 Community
Inteva supports more than 150 charitable organizations worldwide, but what about those individuals and families in our communities who are not reached by charitable groups?
That’s the question our Puebla team members asked themselves following the 7.1 magnitude earthquake that affected five states in Mexico in September. While organizations such as the American Red Cross and UNICEF immediately began supporting the rebuilding of homes and businesses in large cities, there were few organized activities helping the smaller communities. So our team made that their mission – one that quickly grew.
Three employees from Puebla began the Puebla Helps campaign to collect and provide clothing, food, and building materials to smaller Mexican communities. The Puebla team was soon joined by teams from IMO 1 and IMO 2. As the campaign expanded, employees also donated their time to transport needed building materials. The efforts focused on rebuilding in Ecatzingo, Metepec, Axochiapan, Tochimilco, Telixtac and other remote communities.
When the Vandalia Technical Center (VTC) heard about the campaign, that team also got involved, raising $1,025 through a breakfast fundraiser in October and sending the proceeds to the Puebla Helps campaign team.
We are proud of this demonstration of teamwork and community commitment that crossed sites and regions: a great example to the rest of us of The Inteva Way!