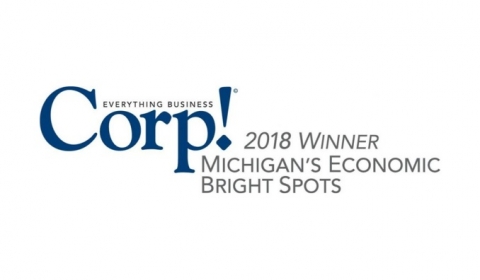 Inteva has been named one of Corp! Magazine’s “Michigan’s Economic Bright Spots” for the fourth consecutive year. Winners were selected based on growth and economic impact in Michigan. Since Inteva was formed in 2008, the company has more than tripled in size, adding jobs and customers in nearly every region of the world. This growth includes an investment of more than $180 million in Michigan, more than half of that within the last two years.